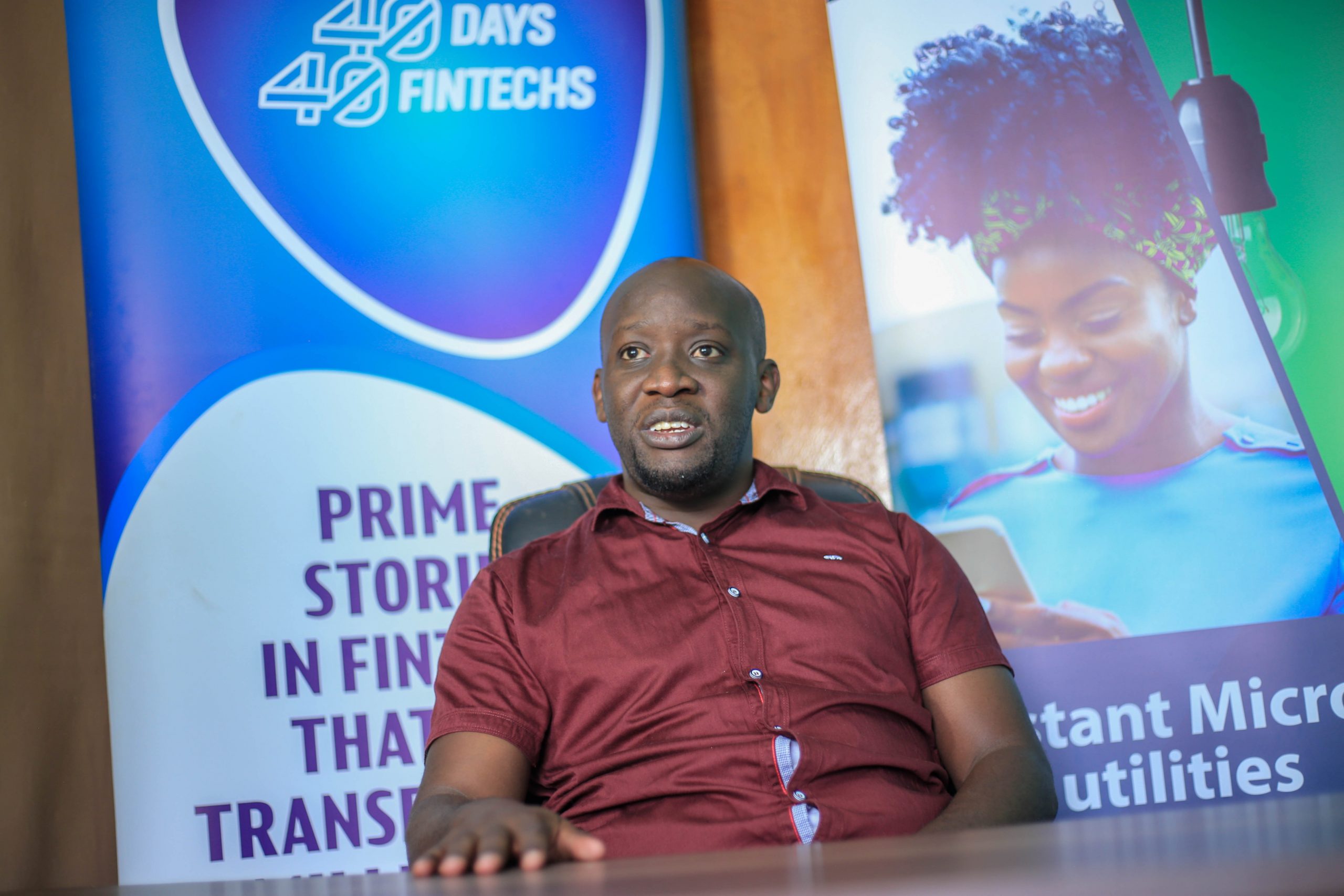 HiPipo today successfully kicked off the 2nd edition of its 40 Days 40 FinTechs initiative, a grand showcase of exhibition, discussion and dialogue that is centered around offering exposure to those innovators that are enabling many, specifically those yet to enjoy financial inclusivity, the opportunity to become part of the digital economy by way of digital financial services.

‘This year we are aiming for a better understanding of the FinTech ecosystem,’ HiPipo CEO Innocent Kawooya revealed, adding, ’40 Days 40 FinTechs shall feature creators and innovators catering to multiple sectors. We shall also touch on interoperability at all levels, and generate appreciation and leverage for frameworks, like the Level One Project and Mojaloop, that are already in place to enable this’.

First to showcase was the Mallan Company led by its CEO Malcolm Kastiro. They gave exciting updates about their latest product named ‘Yassako’; an instant micro-credit facility for utilities, specifically electricity.

He added that HiPipo and 40 Days 40 FinTechs can ably further serve as a validation platform for fintechs, and quickly remove barriers to investment and funding, plus also be an asset in attracting the talent the industry needs.

Innocent lauded Yassako as a product that is well aligned with the Level One Project Principles, enabling low income earners to become part of the digital economy.

He further promised that HiPipo is intensifying its support, specifically in relation to documentation and sourcing for grants/funding.

While still in the pilot phase, the Yassako project, an innovation of Mallan Company Limited, has in a space of just a year grown its customer base to over 100 users every day.

The growing interest in the product is a testimony of how Financial Technology Companies (FinTechs) are helping solving day-to-day challenges facing millions of Ugandans.

Offered in partnership with Airtel Money, Yassako is an instant micro-credit emergency solution that enables users to recharge their pre-paid Yaka electricity on credit any time.

The product was introduced after Mallan Company, which specializes in Value Added Services and advanced credit services in the mobile payments space, noticed a gap in the market, when some Ugandans were running out of Yaka ( Electricity) units in weird hours after Umeme shifted its metering system from post-paid to pre-paid, something most Ugandans were not prepared for.

The solution has turned out to be a life saver for many Ugandans, who can now get electricity units on credit and pay within a maximum 30 days.

The company for now offers a minimum of sh2, 000 worth of Yaka units and a maximum of sh10, 000. Each credit attracts 15% service fee, according to Malcolm Kastiro, the co-founder and chief executive officer of Mallan Company Limited.

Kastiro explains that the low figures are intentional, given that it is an emergency solution. Additionally, they want to ensure that the amounts are not so big for customers to pay back.

“We just take you through that small fix you are in for that moment; probably it is lights, ironing or cooking. We allow you to get enough electricity units to do what you want to do so that the next day you go and purchase electricity,” Kastiro says.

Given that the service is offered in partnership with Airtel, it is for now available to Airtel customers only.  Kastiro, however, says that the company is in talks with MTN to have the service offered to its customers too.

Additionally, he notes that the company has plans to roll out the credit solution to pay television service providers such as Dstv and GoTv among others.

However, National Water and Sewerage Corporation (NWSC) customers will have to wait a little longer as Kastiro says that the post-paid nature of bill payment makes it tricky. Additionally, the bills involved are also too big.

He, however, expresses optimism that since NWSC has plans to introduce the pre-paid metering system, they will engage it once the system in rolled out in future.

Additionally, there are also plans to engage other electricity distributors, especially those serving the upcountry areas, offer the service to their pre-paid users.

For one to qualify for the Yassako credit solution, s/he must have been an Airtel subscriber for at least three months. To qualify for a certain amount of credit, one must have spent at least twice the credit value they are requesting for.

Mallan Company Limited featured on Day One of the second edition of the 40-Days 40-FinTechs initiative, organised by HiPipo in partnership with Crosslake Technologies, ModusBox and Mojaloop Foundation, Level One Project and sponsored by the Gates Foundation.

The initiative which provides a platform for FinTechs and stakeholders in the digital and financial technology space to exhibit their products and share ideas, seeks to boost the African FinTech ecosystem to enable innovators enjoy sustainable profitability to help them design and deploy affordable and inclusive financial services for the poor.

Kastiro says that the 40-Days 40 FinTechs has given it a platform to reach more customers, interact and engage with other key stakeholders.

Kastiro notes that Mallan Company implements LevelOneProject principles such as real time payment and same day settlement. Additionally, he says that the Know-Your-Customer (KYC) principle is also key as they cannot extend credit to someone that we don’t know.

“We must have information about you so that we do the credit scoring, so that we know whether you qualify and if you do, how much do you qualify for. These are fundamental features that we need for us to offer a good service,” he notes.

At the end of the day One session, the HiPipo chief executive officer Innocent Kawooya noted: “We are proud to kick off the 40-Days 40 FinTechs season Two by showcasing Mallan Group. Initially mooted in our first edition, we are glad that it is now ready for market, in no small part due to the support 40-Days 40 FinTechs offered and continues to do so.”

He added that Yassako is a fine example of the transformative technology that can positively change societies and communities.

“This is the first of its kind in East Africa and on the entire African continent that enables customers get electricity on credit. It offers great opportunity for home businesses and SMEs that might need critical assistance at vital points of the production value chain,” Kawooya says.

He adds: “ As we talk of digital lending, borrowing and all other service points on the digital ecosystem, it should not be forgotten how vital it is that products like Yassako exist to help and attract many to on-board onto digital rails, taking the first crucial step to financial inclusivity.”

Despite the enacting of the National Payments Systems Act mid this year, Kastiro, however, says that it poses a risk of creating monopolistic tendencies in the industry, given the stringent requirements required to get an operation license.