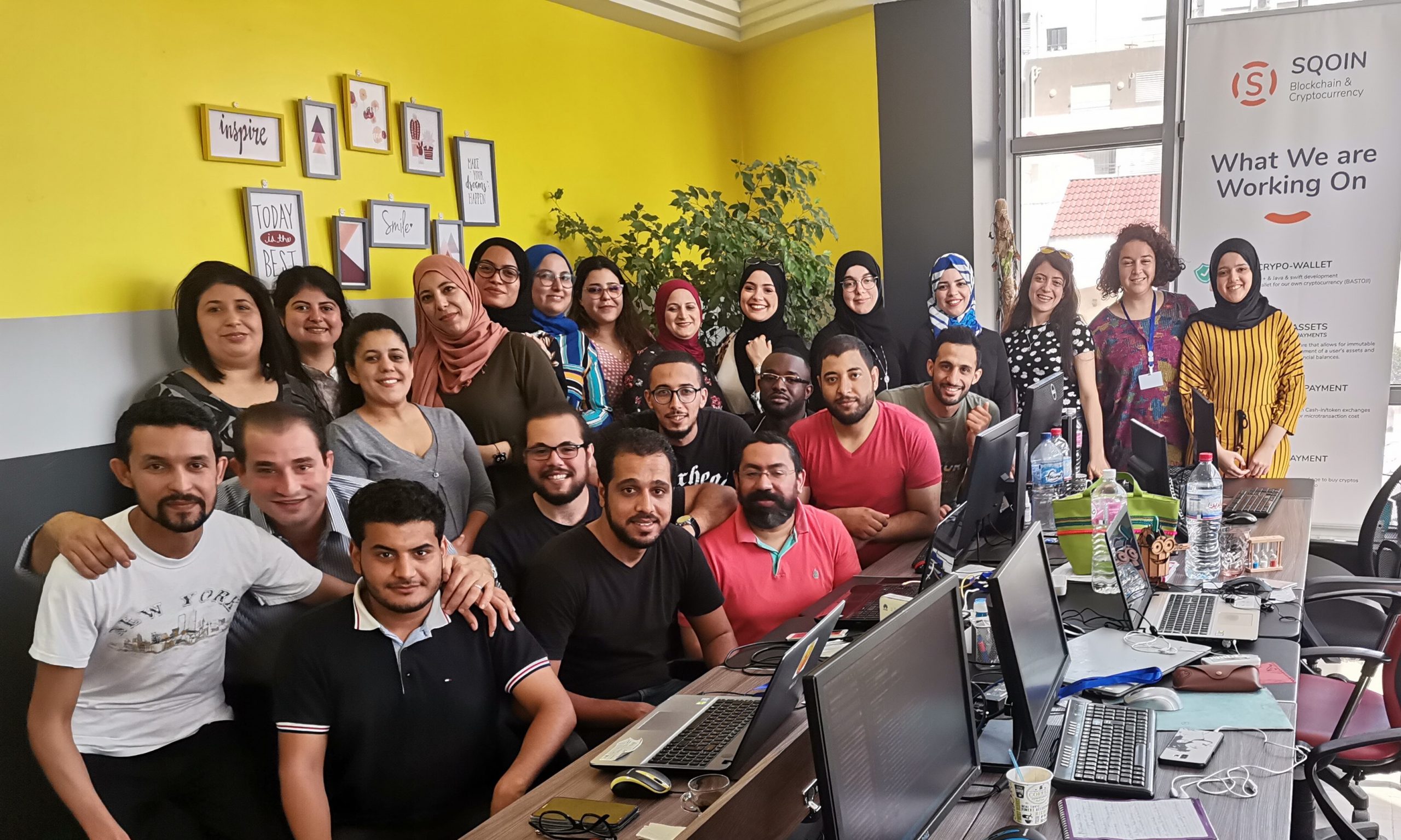 Blockchain technology and Cryptocurrencies – digital representation of value that are digitally traded and act as a medium of exchange, a unit of account and a store of value, are increasingly being adopted across the world.

They are steadily playing a critical role in helping countries across the globe drive their financial inclusion and the cashless economy agenda.

One firm that is playing in this field is Sqoin Blockchain and Cryptocurrency, a Tunisia based Financial Technology (FinTech) start-up, seeking to democratise cryptocurrencies, lobby to get out of the grey zone, and also enable people adopt the token economy.

Mohamed Ali Belajouza, the Sqoin co-founder and chief business officer said that Sqoin is driven by the best promises blockchain technology offers to the population, including helping to boost financial inclusion.

He said that after a lot of effort to create all the software for an African Cryptocurrency, dubbed Bastoji, the Sqoin team is now focusing on tokenised payment systems and related software development.

The firm offers a number of products including cryptocurrencies, community currencies and the token economy and asset tokenisation.

To offer the community currencies product, Sqoin partnered with Coinsence, another start-up that aims to empower people with community crypto tokens.

Under the token economy and asset tokenisation, Belajouza said that it is a future proof concept, with a roadmap for the product, VERSA – a blockchain based internal payment system that considerably reduces fees for businesses.

He, however, said the products are faced with a challenge of slow adoption as people are not yet familiar with neither the concept nor the technology.

Additionally, he said the regulatory environment of cryptocurrencies is also still a grey zone yet tokens are not regulated at all.

It should be noted that transactions on this platform are made over the internet and there is no central authority that processes transactions. Users are anonymous and identified only by their virtual identities.

He also added that while they need strong partners to co-exist in their dreamy market so as to facilitate geo-scaling, the partners are not easy to come by.

Despite the challenges, there are also immense opportunities and one of them is the regulatory sandboxes, which Belajouza said is opening Tunisia and other North African countries to innovate and test their products on the market before being rolled out.  He, however, noted that they are working closely with the central bank to define a scope.

The other opportunity is inherent in the tech they are using; Belajouza said decentralisation is on-going and they are part of it, adding that financial inclusion is becoming more important.

Sqoin Blockchain and Cryptocurrency is among the firms participating in the 40-days-40 FinTechs initiative, which is organised by HiPipo under its Include EveryOne program, in partnership with Crosslake Tech, ModusBox and Mojaloop Foundation.

Belajouza commended HiPipo for the initiative, saying that they want to master Mojaloop for use in crypto and tokens so as to bridge the gap with other stakeholder in the transaction loop.

“After studying the Mojaloop software potential, we found it a great way to address global problems, and a great technical starting point to grow and talk to key accounts for adoption,” he said.

For equality, Belajouza said Sqoin believes in gender equity, noting that more than half of their team are women. He added that being a woman is an asset to integrate their team.

“In terms of project, we are working with conscience under the SDG label empowering women on a use case with community currencies for women,” he said.Innocent Kawooya, the HiPipo CEO said thanked Sqoin for playing a major role in helping the world achieve full financial inclusion soon, rather than later. “It is so amazing, how much Sqoin is leveraging blockchain technology, especially the inter leger protocol to create seamless, secure and bulk payment solutions. HiPipo pledges to introduce them to as many FinTech professionals as possible, to ensure they are equipped with enough skills and knowledge about emerging tools like Mojaloop that are helping to create affordable interoperable payment systems.”

#40days40fintechs: Beyonic is at the centre of facilitating a shift to a cashless Uganda