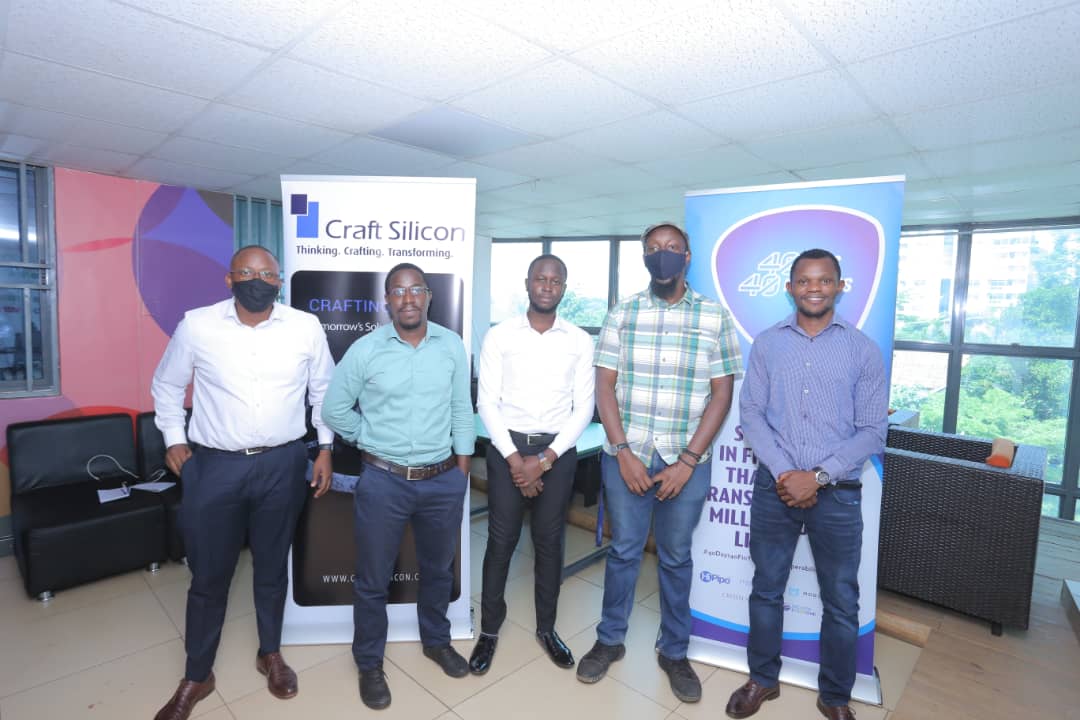 The payment industry is increasingly experiencing a high level of disruption that is reshaping the payments space, thanks to a surge of new technology-driven processes.

Operated by Financial Technology Companies (FinTech), the digital applications are enabling users to take payments to the next level in terms of speed, efficiency and convenience.

And one firm that has greatly contributed to this disruption in Uganda is Craft Silicon, a Kenyan headquartered FinTech that provides customized banking solutions for the financial sector across the world.

Craft Silicon was founded in 2000 when Kamal Budhabhatti developed an application to help manage expenses. It was then adopted by Micro Finance institutions before it later evolved into a core banking system dubbed the Bankers Realm in a space of two years.

Over the years, the FinTech has risen to become a market leader owing its success to the innovativeness.

It has over 35 commercial banks and 150 Micro Finance institutions on its core banking and core Micro Finance products, respectively.

According to the firm’s Uganda team leader John Baptist Ochieng, the FinTech is inspired by the desire to innovate so as to make financial products available and accessible to the target audiences easily and conveniently.

In addition to the core banking system, the firm is also a key player in the mobile banking; it has innovated mobile banking platforms for over 150 banking customers, connected to over 14 African countries. According to Ochieng, the company handles over 1.6 million transactions daily.

Under the mobile banking platform, one is able to pull money from their bank account into the mobile money wallet and vice versa.

It also facilitates bill payments for utility companies such as National Water and Sewerage Corporation and Umeme, buying airtime and loan access via mobile phones.

“As need arises every day for financial inclusion, we innovate around that to see that everyone can access their money or pay bills, loans and the like,” Ochieng said.

Other products are self-account opening for connected banks, agency banking, an Enterprise Resource Planning (ERP) for SMEs, an e-voucher system for farmers being implemented by the Ministry of Agriculture, Animal Industries and Fisheries and a payment gateway for the  National Information Technology Authority that allows interoperability for all government ministries, departments and agencies.

It is also working on another product that targets merchants’ payment, where one can pull money from bank account and pay directly for goods and services.

“We are committed to growing financial inclusion in the country and Africa as a whole,” Ochieng said.

Different stakeholders including the government and the private sector are playing a critical role to ensure that they reduce the number of people who are still financially excluded.

According to the 2018 FinScope survey, financial inclusion in Uganda increased to 78%, driven mainly by mobile money services.

The HiPipo CEO Innocent Kawooya said that technology in Africa is a prime sector that everyone wants to be a part of and that it is playing a critical role in transforming millions of lives through financial inclusion.

He commended Craft Silicon for a great team of energetic youth, which he said are doing everything it takes to ensure that the world achieves full financial inclusion.

“We are truly excited to engage with Craft Silicon in the great series of 40-days-40-FinTechs initiative because it is only right that we shine a spotlight on a company that has played a tremendous role is breaking down digital barriers and bringing millions of people on the continent into the digital transactional space,” he said.

Craft Silicon is among the FinTechs participating in the 40-days-40-FinTechs initiatives organised by HiPipo, in partnership with Crosslake Tech, ModusBox and Mojaloop Foundation.