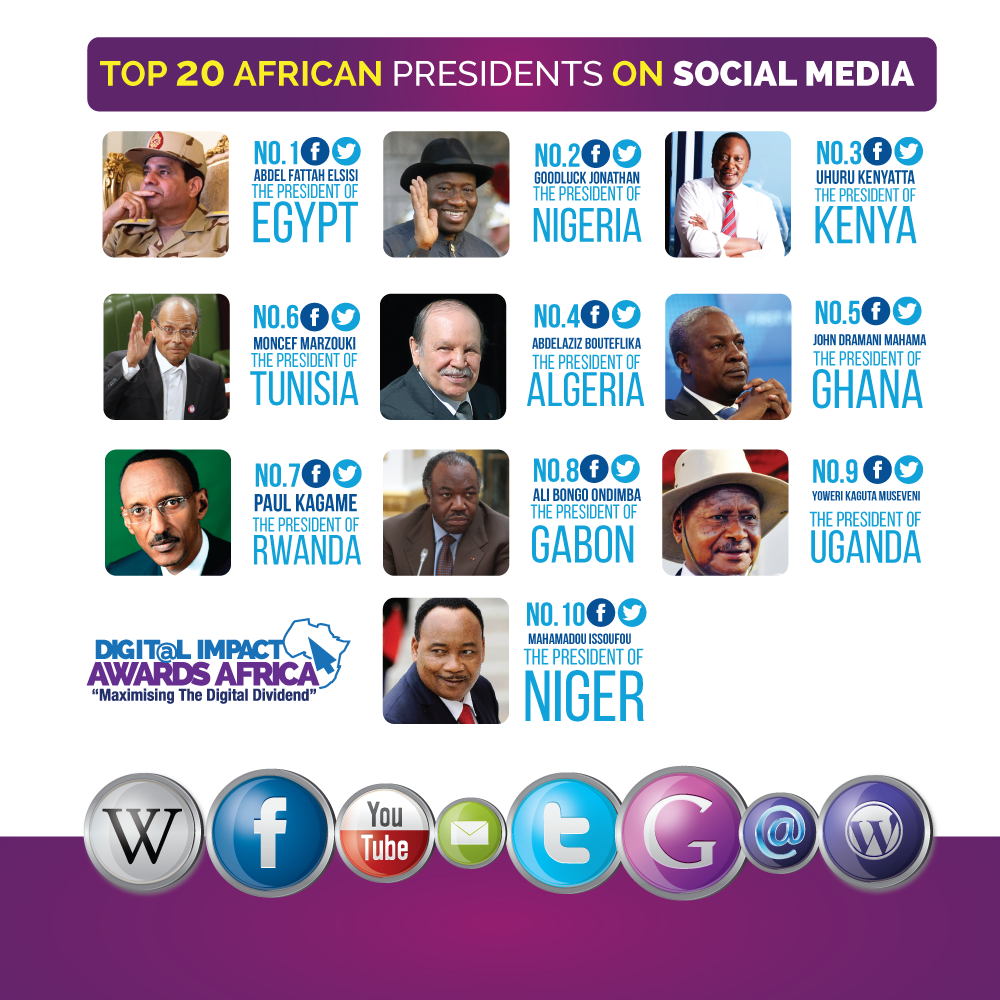 Just like businesses, political leaders globally must embrace social media as a great tool to deliver and control information, for better and real time governance. 5 months ago, a survey intended to access and rank the top 20 heads of State on Social media was initiated by Digital Impact Awards Africa. All Africa presidents’ social media channels on Facebook and Twitter were closely followed.

Egypt’s Abdel Fattah Elsisi (عبد الفتاح السيسي) is the most followed African Head of State with at least 2,951,560 people frequently interacting on his social media channels. He took gold for this first ever unique Digital survey on this continent. On a bad note though, his channels are rarely updated with information, the latest update on his channel by survey time was posted on 4th June 2014.

Nigeria’s Goodluck Jonathan took silver with at least 1,584,838 people following on twitter and Facebook whereas bronze went to Kenya’s Uhuru Kenyatta with at least 1,548,035 on his social media channels by survey time.

Uhuru is the most followed African head of state on Twitter with at least 466,000 followers.

Kenya’s Uhuru Kenyatta is the most active head on state on social media with at least one post daily on Facebook and twitter, and his team often responds to followers queries and comments. His social media outlook evidently showcases that he has invested in high class branding and content production for the best delivery of information. Uhuru’s agency gets credit for the special professional work. Just like MTN’s everywhere you go slogan, you will find Uhuru everywhere you go on social media, as he well equipped with classy website, Uhuru is on YouTube and instagram among other social media platforms.

Below is a full list of the top 20 African heads of State Social Media. 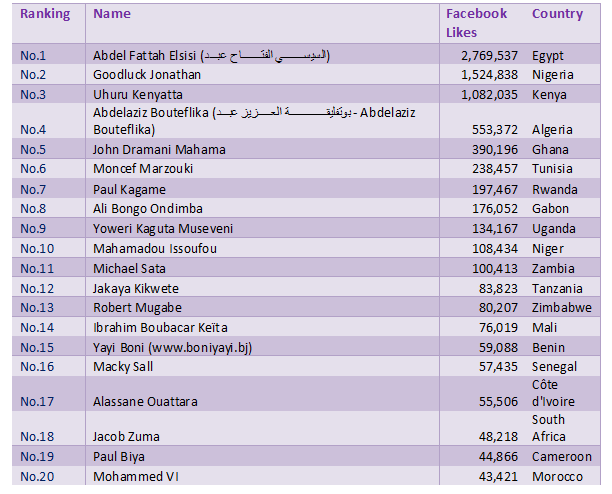 The survey was conducted by Digital Impact Awards Africa and proudly supported by HiPipo Consulting, Research and Advisory arm with Cyberplc Limited. 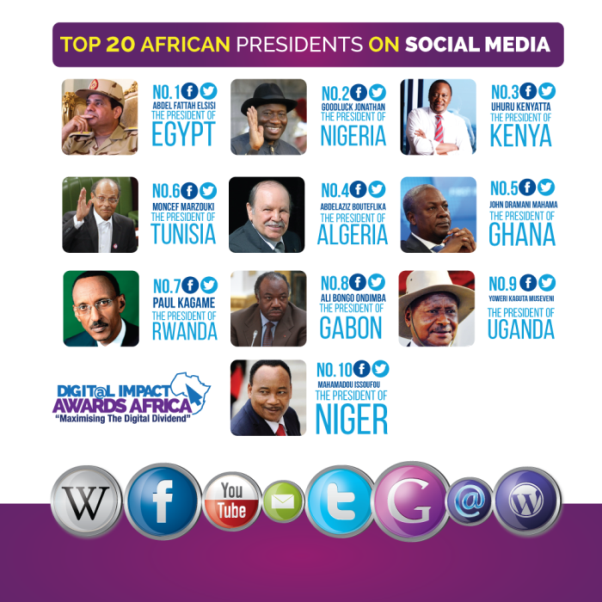