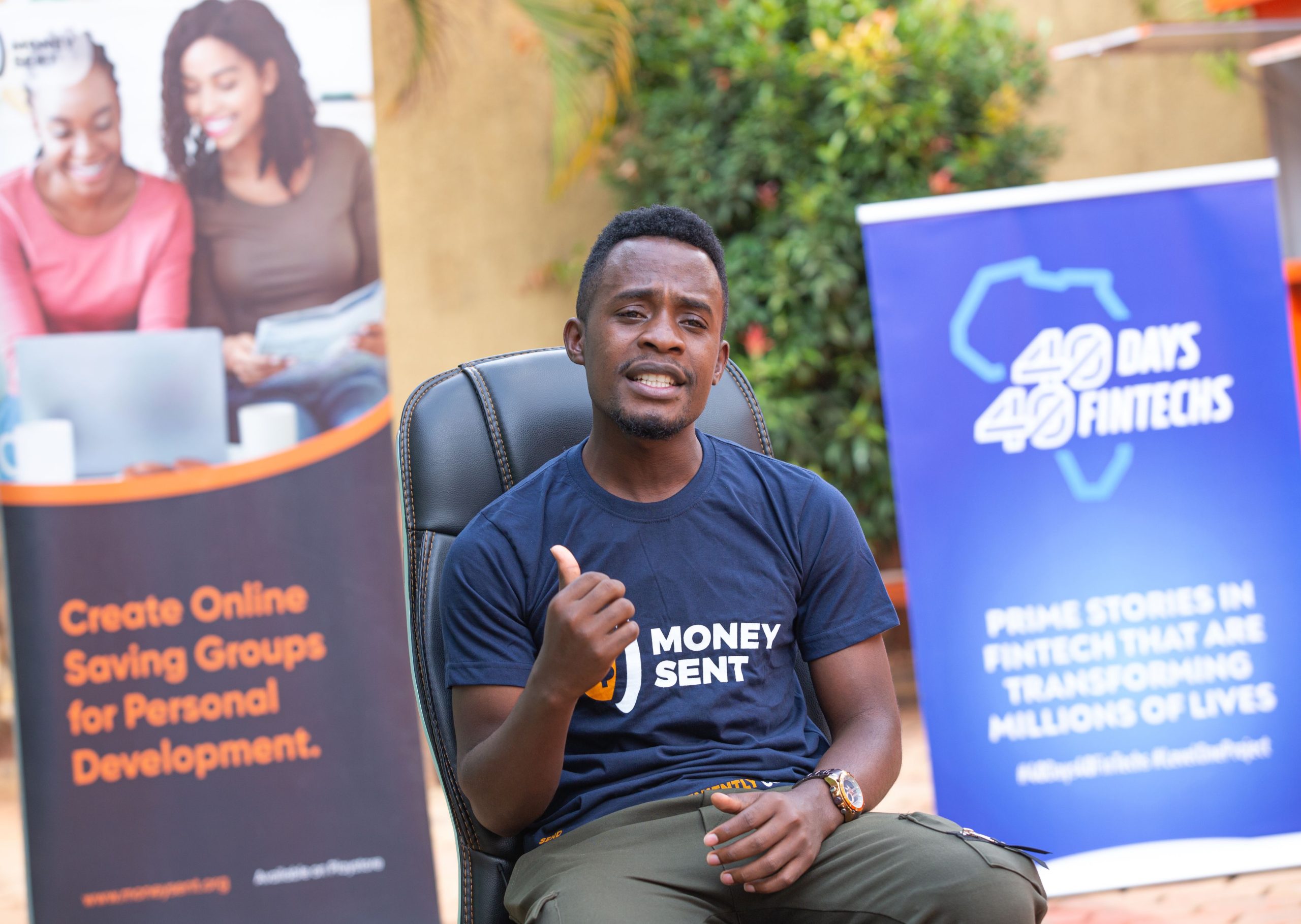 A few years ago, a Ugandan was faced with such a problem (had money but was unable to send it to his friend who had an emergency), and got frustrated. But from the frustration, something good was born. Together with his peers, he developed Money Sent – a mobile app that allows both individuals and companies to connect conveniently in order to send, receive and coordinate efforts involving money.

“Together with my team, we developed an application that allows people to send and receive money. The reason why I created Money Sent was because one time ago, when I wanted to send money to my friend in America and wanted to do MoneyGram online; I signed up successfully at MoneyGram online but unfortunately I couldn’t send money to another person using MoneyGram online because I was a Ugandan. So, I was like Uganda needs something international; a solution that anyone can use to send and receive money regardless of their nationality. I thought of something that would be cheaper and convenient for everyone,” said James Mukasa, the Money Sent Founder and CEO, adding;

“It has been more than a year since we started and we have been growing well. The reason why we are called Money Sent is that it is in the past. The moment you click send; money has already been sent. It is instantaneous and secure. We are serving more than 3,000 customers right now. We have 497 agents around the country. We have done more than UGX 1 billion in transactions.”

Money Sent is bridging the gap between the banked and unbanked as no bank account is necessary to send or receive money using this system. The Application is built with online banking level security, meaning that the security of the application, transactions, data, and information of clients is guaranteed. It relies on principles that govern remittances worldwide and is compliant with AML (Anti-Money Laundering) standards. The Money Sent system is built on strong security standards, and prevents criminals from using the system for their selfish gains and nefarious interests.

This online payment system addresses not only the challenges of the fees charged, delays and tediousness of remittance processes, but also promotes targeted investment.

But even with the platform picking up well, Mr. Mukasa nonetheless decries the high charges levied by the telecoms which make business very hard for other stakeholders.

“Most of the unbanked people use MTN and Airtel. When our customers are adding more on Money Sent, the telecoms charge two percent or more yet the client expects to get the money as they have deposited it yet Money Sent has received lower thanks to these charges. This is a very big challenge. There should be togetherness in everything we do because Uganda is too big for only MTN and Airtel,” Mukasa explained.

Money Sent is the fourth participant in this year’s 40 Days 40 FinTechs initiative.

Now in its third edition, #40Days40FinTechs has quickly grown into one of the world’s premier showcase events for the innovations that are enabling ever more people to join the digital economy space. That is surely going to remain the case, in large part due to the inspiration and collaboration that our partners; Level One Project, Mojaloop, ModusBox, and Crosslake Technologies generate, but mostly because of the continuing generous support of the Gates Foundation.

Digital Innovators and FinTechs around East Africa should be more eager to embrace 40 Days 40 FinTechs as Season three will cover physical destinations in Uganda, Kenya, Tanzania, Burundi and Rwanda.

Run under HiPipo’s Include Everyone program that also encompasses other initiatives such as FinTech Landscape Exhibition, Women in FinTech Hackathon, Summit & Incubator and the Digital and Financial Inclusion Summit and Digital Impact Awards Africa; the #40Days40FinTechs platform aptly provides a setting for the various players and stakeholders involved in digital and financial technology to exhibit their products & Services and also share their ideas on how more of us, especially those unserved and underserved by the present financial systems, can be brought into the fold.

The 40 Days 40 FinTechs initiative offers participants useful tools and an introduction to industry’s emerging technologies, such as Mojaloop Open Source Software, and guidance from Level One Project foundational material. The skills gained from this initiative cover Level One Project Principles, Instant and Inclusive Payment Systems (IIPS), Inclusive Finance and FinTech in general.

According to HiPipo CEO Innocent Kawooya, this year’s edition will cement achievements of the previous editions – where over 60 FinTechs have been transformed – but also build on them to leverage digital financial inclusion in East Africa and beyond. “As HiPipo, our extensive effort and advocacy is partly for the intention of championing digital innovation and interoperable instant and inclusive payment systems (IIPS) in Africa to a point where our innovators enjoy and achieve sound profit margins to help them keep designing and deploying affordable and inclusive financial services for the poor,” Kawooya said.