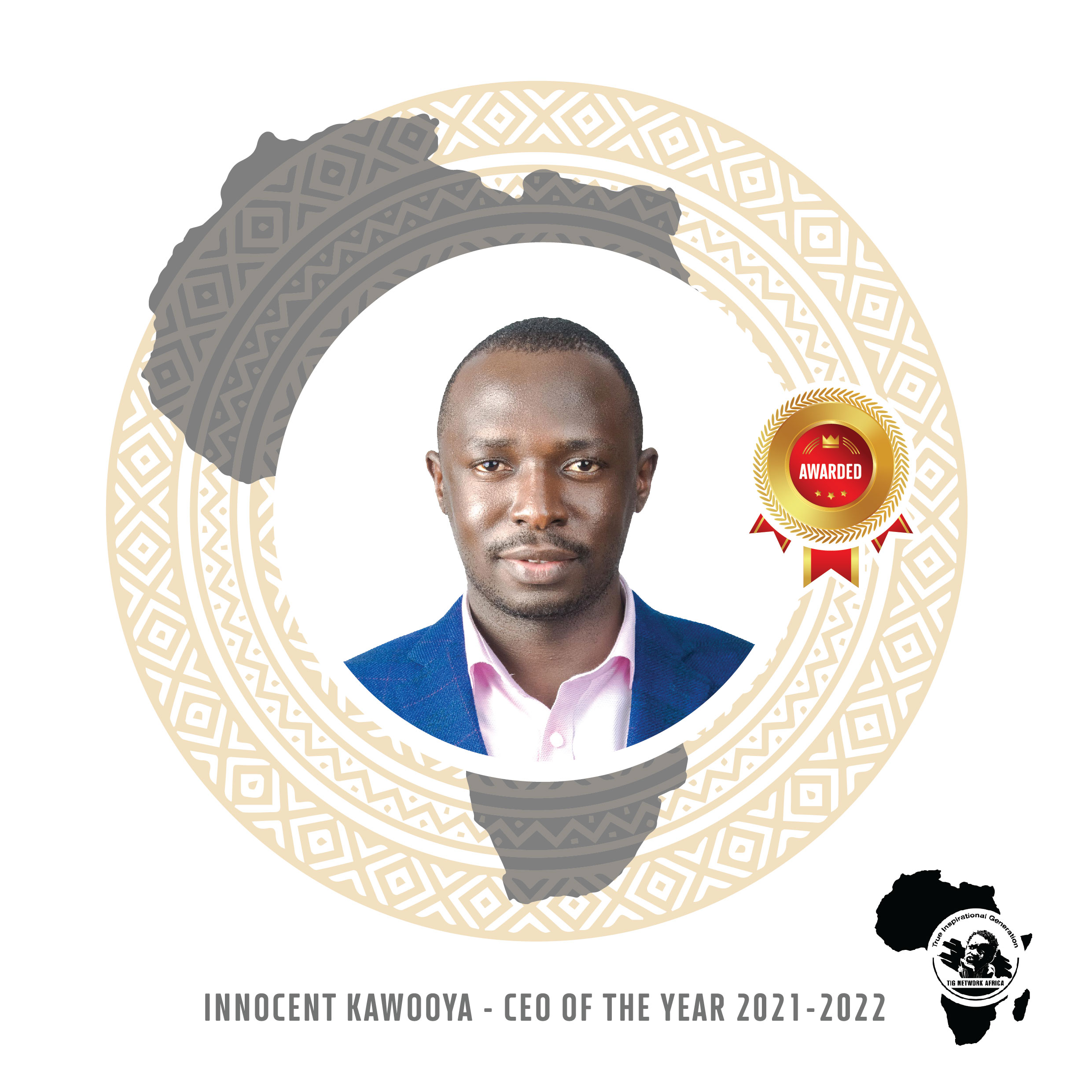 HiPipo is proud to announce that its CEO, Innocent Kawooya, has been awarded the TIG Network Afrika CEO of the Year Award, 2021-2022.

TIG (True Inspirational Generation) Network Afrika is an organisation and network whose intention it is to elevate the role of the family in Africa. They seek to establish the home as the base upon which children are brought up to discover and realise their utmost potential, and also to be an avenue to engender awareness and understanding, and ultimately address the existing gap between our children, their families, society, the state, and the media. It is also their goal to give children a greater voice and bring about more involvement for them in the decision making of the nation. Their ultimate hope is to guarantee that Uganda reaps dividends from its young population, starting now and ultimately in the future.

They thus recognise that it is important for children and youth alike to have homegrown role-models they can follow and emulate. And it is for that reason that they chose Innocent.

Innocent expressed his appreciation for the accolade. ‘I find it pleasing that the efforts of the HiPipo team are being recognised,’ he said, ‘this award was only given to me because I work with a fantastic team’. He added, ‘It should also never be forgotten that we have been blessed with extraordinarily supportive partners. What we have done would not have been possible without the generous sponsorship of the Gates Foundation, and the technical input of Modusbox, Crosslakes Technologies and the Mojaloop Foundation. This accolade is for all of us, and will spur us at HiPipo onwards to do even more’.

2021 has been another fruitful and progressive year for HiPipo. With Innocent at the helm, the organisation once again made significant inroads in its advocacy for the adoption and dissemination of financial technology (FinTech), specifically as an avenue to increase Financial Inclusion amongst the underserved and unserved.

In this vein, HiPipo successfully carried out all its FinTech initiatives, including the 40 Days 40 FinTechs & FinTech Landscape Exhibition, the Women-in-FinTech Hackathon & Summit, the Digital and Financial Inclusion Summit and the Digital Impact Awards Africa. And added to this was the (ongoing) Women-in-FinTech Incubator. ‘The Incubator is HiPipo maintaining a strong commitment to empowering women in the digital technology space’, Innocent commented, adding, ‘they must be prioritised for the knowledge and tools to build successful tech initiatives, for what they do shall ultimately serve communities better’.

There was also a landmark moment in HiPipo’s entertainment programs, as the 10th HiPipo Music Awards were successfully held at Mestil Hotel on the 10th of December, 2021, further cementing those honours as one of the most auspicious and longest running on the continent.

The year had also started with Innocent’s Kampala City Mayoral run, under the slogan ‘Digitising Kampala’. Needless to say, it’s an agenda he continues to chase, and we are grateful to TIG Network Afrika for recognising this. We say thank you, and promise that there is more to come in 2022.