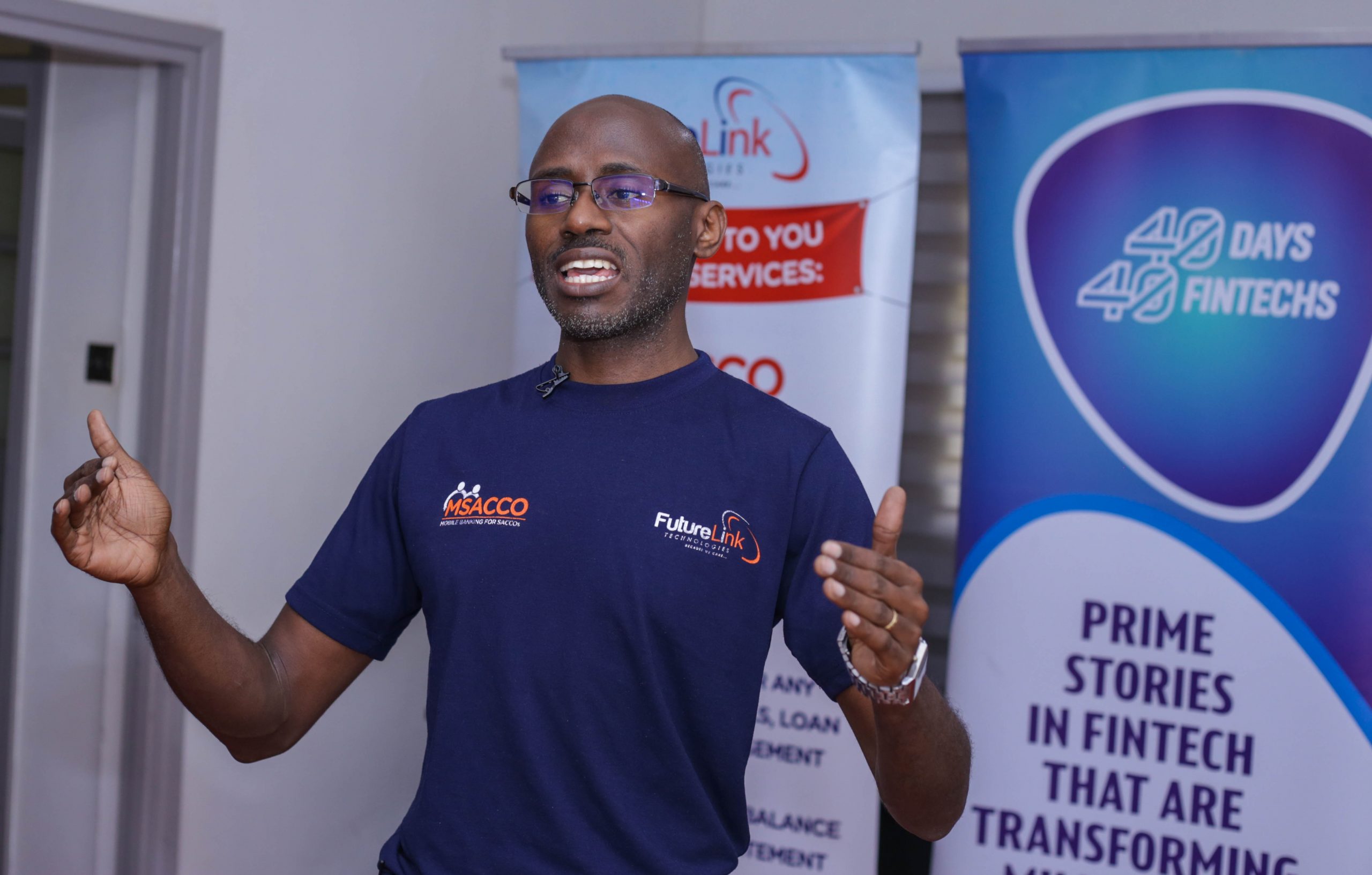 While the Uganda Bureau of Statistics indicates that there has been a reduction in national poverty levels over the years, majority Ugandans still live in poverty.

Even those who manoeuvre their way out remain just a shock away from falling back into poverty, mainly because they lack resilience mechanisms.

Seeking to close this gap, FutureLink Technologies set out to build the financial resilience of low and medium income earners in Eastern Africa, through financial inclusion so as to create opportunities for all.

Through its Ecosystem core banking product, the company de-risks the Saccos and MFIs it works with. It also manages their network and Server infrastructure, which has helped lower their monthly infrastructural expenses to $18 from $200.

The company also offers a mobile banking switch, which enables end consumers to access a variety of services provided by its partner Saccos.

This, Tumwijukye says, has empowered the end consumer and enabled them choose products that best serves them. He says that at one of the Saccos, members access credit at 9.75% per annum.

“It is the first time that we have a financial service provider offering credit for as low as 9.75% interest. Money lenders are lending at 240% per annum. This is a phenomenon because not even a commercial bank is doing that! This explains the power of leveraging technology,” Tumwijukye says.

He says the company serves 300 Saccos and MFIs across the country, with a customer base of about 1.2 million, of which 390,000 are women.

The services can be accessed on a feature phone through the USSD, an App on smartphones and via the web.

Tumwijukye, however, notes that lack of phone ownership by women has contributed to their lower uptake of digital financial services.

FutureLink Technologies integrated with leading mobile money providers and Interswitch to ensure real-time transactions so as to build trust among users.

“We know that for the end-consumer in the village, the moment there is a slight challenge in verification or reconciliation, it will affect their confidence in the product. This was the first thing we resolved,” he says.

Tumwijukye says that Uganda’s FinTech industry’s future is bright, owing to, among others, the enactment of the National Payments Systems Act.

“We are beginning to see more trust coming in from the different stakeholders as a way to advance the financial inclusion agenda,” he notes.

To further support the industry, Tumwijukye says there is need for the government to fight corruption and offer space for value creation.

Additionally, he says government needs to continue to understand that FinTech is a platform upon which the economy ought to stand and thus rather than taxing it, support it to grow and then tax the services built on the platform.

“Taxation needs to recognize the role of FinTech as a way to enhance accountability, to bring to the limelight the value creation and as a way to get reasonable data upon which policy could be made,” he notes.

FutureLink Technologies is among the firms participating in the second edition of the 40-Days 40-FinTechs initiative organized by HiPipo in partnership with Crosslake Technologies, ModusBox and Mojaloop Foundation, and sponsored by the Gates Foundation.

Tumwijukye applauds HiPipo for the initiative, saying that it offers the industry a possibility of convergence of purpose.

He, however, advises that FinTech players need to move from just technology and being excited about having real-time settlement, to a greater purpose of enhancing the financial resilience of the people.

The HiPipo Chief Executive Officer Innocent Kawooya says FinTech is the launch-pad on which the promise of full global financial inclusion will be fulfilled.

He, however, notes that FinTechs need to be prepared with appropriate products and have appropriate real time payment systems in place to support an inclusive, interoperable digital marketplace that is both thriving and safe.